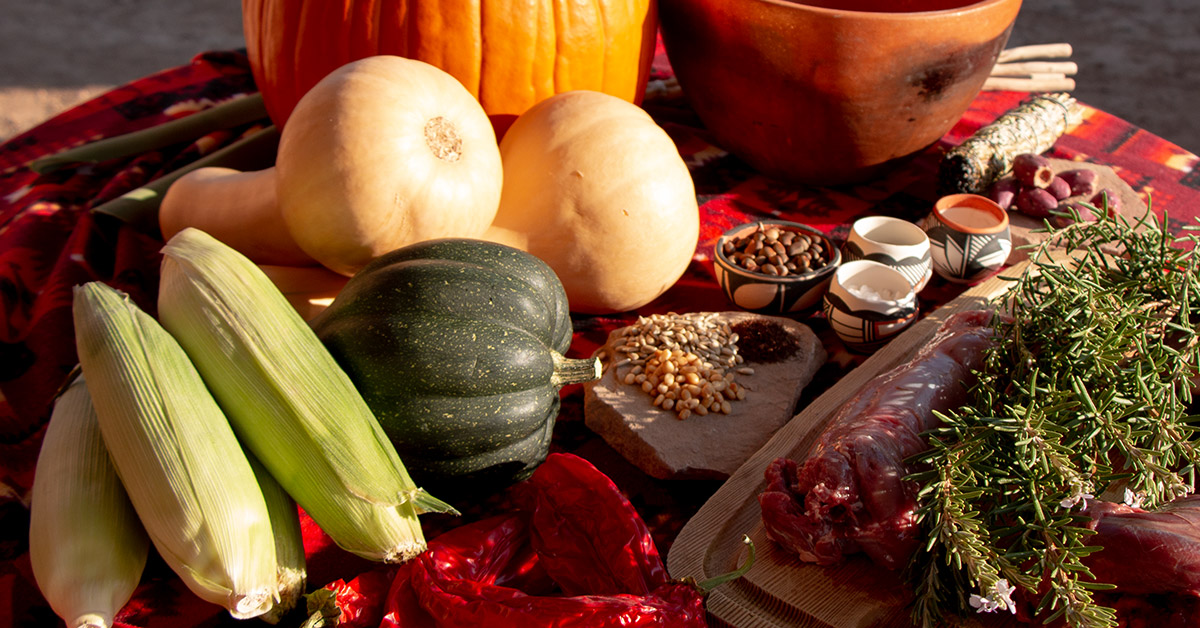 Open Tues-Sun 8a-2p. Please see our new website for more details at indianpueblokitchen.org . Our teaching kitchen and other cultural culinary events will be coming soon.

LEARN MORE AND GET TICKETS

“My goal for the restaurant is to give an experience that mirrors the present-day food culture, but is also inclusive of the ingredients from the Ancestral Puebloans and the ingredients that would have been available via trade routes from tribes from the south. I will attempt to blend the past and the present to tell a story that will lead us to the future of Native American food cultures.”

Executive Chef Ray Naranjo is of Native American roots from the Ancestral Pueblos of the Southwest and the Three Fires tribes of the Great Lakes. He believes in the preservation of the foodways and ancestral knowledge of his people, and strives to continue on this path. With the use of modern and ancestral cooking techniques, he attempts to push the limits of what is known, unknown, and forgotten about the Indigenous food culture of North America. Chef Ray has a culinary degree and more than 25 years of service in the modern kitchen industry. He has experience in exclusive hotel and casino resorts in the Southwest, with various titles ranging from Executive Chef to Food & Beverage Director. Chef Ray has also been presented with several awards in Modern New Mexican Cuisine, with a focus on chile of New Mexico.

“One of the most memorable moments for guests seeking a deeper connection to Pueblo people and culture is a one-of-a-kind dining experience at the Cultural Center’s restaurant,” said Dr. Beverlee J. McClure, Vice President of Community and Cultural Engagement. “The Indian Pueblo Kitchen will carry on that tradition of creative, Native American culinary artistry and Pueblo hospitality and will now provide exciting opportunities for students to learn Indigenous cooking techniques and restaurant operations and management in an engaging, collaborative environment—preparing them for a future in the hospitality industry.”